Why did I have to get this from Huffington Post?

Onyango Obama, Uncle of President, arrested for drunk driving and is being held without bail on a detainer from U.S. Immigration and Customs Enforcement.

“Yea, Clinton. Boo, Bush” Yahoo news, those wonderful non-political idiots: “Former US president George W. Bush has been able to pad up his bank account by a healthy 15 million dollars, thanks to the scores of speeches that he has been making. While that figure is dwarfed by the multi-millions Bill Clinton has coined in since his presidency, it still doesn’t sit well with critics.”

matzav.com First responders will not be invited to this year’s 9/11 ceremony at Ground Zero. That’s the word from city officials who say there isn’t enough room for the tens of thousands of firefighters, police and other rescue workers. According to a report by the Daily News, security issues contributed to first responders not being invited to the ceremony.

Where, oh where is the outcry from the conservative press, and the so-called fair-and-balanced Faux News?

Make your voices be heard, lest we get totally engulfed by the insanity sweeping over our Country.

We can no longer believe what Mom said.

Silence is NO LONGER golden.

As few as two or three months ago, I got very little “personal”, i.e. email from individuals, about POTUS, other than an occasional barb or joke. Mostly lighthearted mail, which, while not flattering of 0bama, showed little concern as to the credibility of his credentials.

Now, I am getting mail from several people who are very, very concerned about who in the hell is this shadow-man that seems to have literally usurped the White House. Yes, yes, I know he was “duly elected” but the questions coming to me concern whether or not he was ever vetted to be actually able to run for President of the United States of America.

This is really strange, as those emails are not from “birthers” but just about as far as one can get from being a “birther” and still be considered not one of the Looney Left.

A great deal of concern that we have been snookered and bamboozled.

I found some great descriptions floating around today, thought I would share a few

How about describing a newspaper as a gay gossip site and anti-Semitic conspiracy newsletter?

Thoughts from the Huffington Post? Messages from NOW? Sorry, guess again. We expect statements like this from the left when describing our candidates, the tea party, conservatives and Republicans in general. In fact, nothing less is expected from Labor Unions and Liberal Progressives.

Erick Erickson and Regenercy Publishing may need to start watching some of the rhetoric posted in the RedState Morning Briefing lest they start sounding more like the Daily Kos crew, spouting mean and meaningless drivel.

On a more positive note, though many will disagree with me, I see that Rick Perry has earned an impressive favorability rating with his entrance as a viable contender to replace the current Commander In Thief. While these ratings change almost daily, I am pleased to note that Mitt RomneyScare has dropped way back to below 20% favorability.

Let’s support our candidates. We have a big job ahead if we want to return any sense of sanity and stability to our Great Country. Our primary goals have to be to fire the current occupant of the White House, retain control of the House of Representatives, and get as many new Republican Senators as possible.

We can do a lot better than be Hyper-bloviating Outrage Pimps spouting Drooling Idiocy remarks.

I received this a little while ago form Patriot Action Network:

Why-oh-why would they send out this headline?

Tell me why the headline should not read:

Tim Pawlenty withdraws his candidacy for Republican nominee for President.

Well spoken by a person on the ballot who could not even 2nd best a write-in that only declared minutes before the straw poll in Iowa. Granted, a Straw Poll has all the status of yesterday’s lottery ticket. But, it does point to the organizational and leadership skills of the candidates. Those with better teams normally score better. Those who prefer to ride on their laurels do not.

btw, GOOGLE and the right-wing bloggers are so tied up in rhetoric and analysis, I had to go to the Daily Kos to get the above simple list. (Occasionally, even the Wacko-Left has something we need.)

Mitt Romney, I know, is proud that he was able to successfully best challengers like Thad McCotter and Jon Huntsman. And, while at it, maybe he should try to achieve the quality of leadership and Statesmanship shown by Tim Pawlenty.

One of the strangest aspects of the Democrats’ response to the S&P downgrade has been selecting Senator John Kerry (D-MA) as the front man for their dopey “Tea Party Downgrade” spin attempt. Kerry’s droning arrogance and witless talking-point delivery are guaranteed voter repellents. He’s among the greatest living exemplars of the kind of autopilot spendaholic out-of-touch political hack that Americans do not want to hear from right now.

The only example I can find to equal or exceed John “Numbnuts” Kerry is the Clueless Reader himself, the King Has No Clothes, the Prevaricating Usurper, the one and only POTUS 0bama the Impotent Pantywaist Surrender Monkey.

Who else could give a speech and have the Stock Market drop another 300 points? Who else could claim to be the Leader of the USA and claim “It’s Everyone Else’s Fault” in the same breath? Is He the one to catch the blame for our credit rating being downgraded? Well, let’s take a look.

The 111th Congress was unable to pass a budget. So far, so has the 112th Congress. Mostly their fault, but then, none was submitted from the Executive Branch for them to consider. They were given no leadership on the direction of our Country. The 111th, totally controlled by Nancy Pelosi and the uber-left passed something called 0bamaScare. Not only did no one read it, His Cluelessness had no idea what was in it, and led the way by standing in his playpen whining “I want it.”

The 112th Congress, sans Executive leadership, passed a bill that cut increases, limited spending and called for a balanced budget amendment. The Senate, on the other hand, still being not led by The Imposter still whining from his Play Pen, “I will VETO”, would not even let the bill on the floor.

So, who is in charge? He who will accept no blame? Yeah. “El No Leader Aqui Presidente” 0bma.

If you do not join your local tea party group, if you do not support removing the incumbents from dog catcher to school board to congress to the Commander in Thief, you are the one to blame for the credit rating of The United States of America being down-graded.

Participate now, vote in the primaries and in the General Elections for change from the top down. 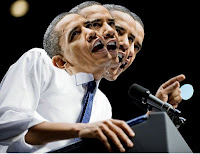 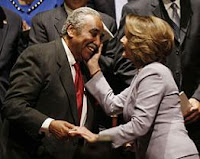 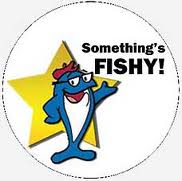 The buzz-word of the day is “Super Congress.” The media-sponsored impression is that these wonderful chosen few will spend a few minutes between when appointed and Thanksgiving and come up with trillions and trillions of “savings” for America that congress will vote on. If they do not, then auto-cuts happen.

If you believe that, then you need to see the Wizard of Oz for some brains.

Here is the deal as I see it. A bunch of greedy politicians will meet and entertain themselves at your expense for a few months. They will create a Turkey just in time for Thanksgiving.

They will deliver the Turkey to Congress just in time to prevent an automatic reduction of spending. Congress will decide they want Tofu, not Turkey for Thanksgiving dinner as there is no historic or potentially religious significance and certainly no prayers of thanks when eating tofu.

Result? No automatic cuts because the Super Congress met their goal. No cuts at all since congress did not pass the plan.

BOHICA, Taxpayers, just one more example of why you need to: