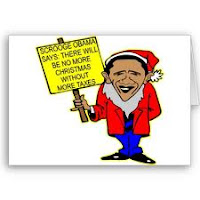 John Scott (Fox News talking head) is calling 400,000 plus Florida homes up for repossession a “Real Estate Event.” Wow, John, is there even a glimmer of hope for any intelligent life between your ears?
While we are all discussing the health care vs.Virginia court ruling, the Republicans and Others Engaged in Non-Pelosi Politics are probably going to cave on big government spending plans to continue Government subsidies (IE: Your TAX $$$). Sen. Jim Inhofe (R., Okla.) “94 percent of the provisions are meaningful. For people talking about wind and ethanol subsidies, you’re talking about 2 percent of the whole deal,” Inhofe says. In remarks on the Senate floor earlier, Sen. John McCain (R., Ariz.) derided the so-called “Hawkeye Handout” before announcing that he would ultimately support the bill. When gasoline reaches $4.00 per gallon, will the ethanol issue still be considered a “2 percent” issue? Even the corn hustlers at POET have agreed to a lower subsidy rate.
To quote a RedState blogger, we have all heard of John Boehner’s pledge to vote on weekly spending cuts. But are they really going to pursue the substantial market distorting, special interest entitlements that are killing our economy, breaking the back of consumers, and infringing on our freedoms? As Ronald Reagan said, “If not us, then who? And if not now, when?”

Merry Christmas and Happy New Year to all my “Scrooge” friends.