talks the talk but can’t walk the walk

POTUS Obama the Impotent Pantywaist Surrender Monkey can sure talk the talk. In fact he is so good at teleprompter ping pong, he makes me dizzy every time I see him talk. Why, just the other day, he was giving an “impromptu” speech (no visible teleprompters), and his head was still bobbing from side to side.

Unfortunately, “while he talks the talk” one must also listen to his lies and exaggerations. It has been painfully obvious for some time that he tells you what he thinks you should hear, then does what he wants, even if that includes telling out-and-out lies, like saying we have to drill in deep water because there is no more oil on land. Then shutting down all the deep water drilling rigs so they can go work for George Soros and his Brazilian Oil buddies. 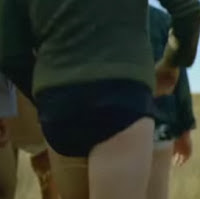 We can’t even say “pants on fire” any more, he has mislead the American People so many times, just like in the Dockers commercial,  he has no pants left.

Too bad with all the talkity-talk, he can’t do the walkity-walk.

Now, just today, the Federal Gov. has once again demonstrated they are totally out of control and out of touch with voters. Dems are moving meetings from Arizona to other states. Why are they doing this? Easy. The non-leader obstructionist in charge needs to resign or suffer being impeached and then found guilty of dereliction of duty and failure to uphold his Oath of Office. My cat could do a better job than POTUS managing the Govt.